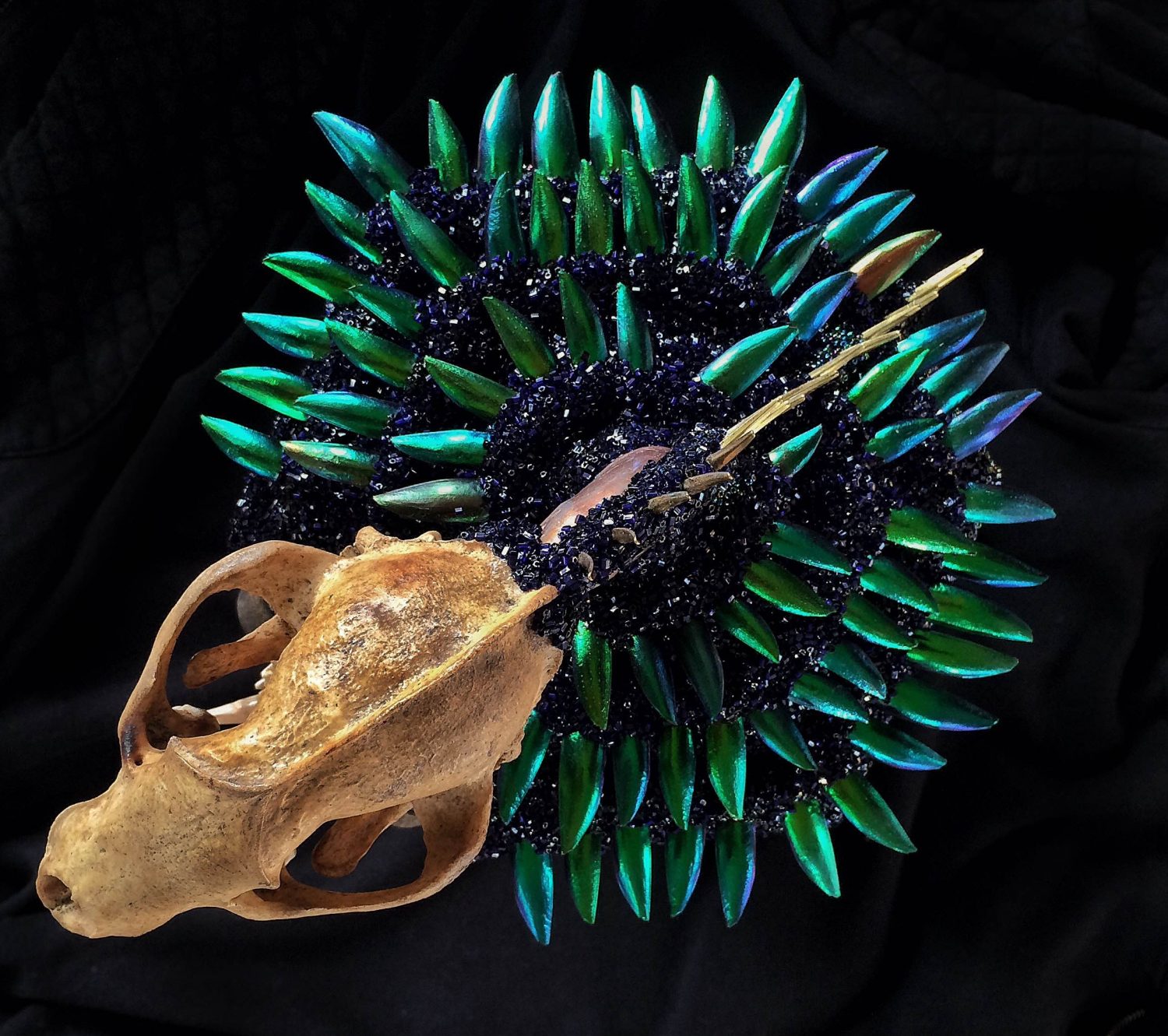 Charlotte Rodgers: Dynamics, Interplay and the Dance of Perception

Following on from the Magic and Ecology conference we are delighted to showcase Charlotte Rodger’s film of her work.

Remove something from context and it becomes whatever we want it to be; return it to an organic environment and natural form is assumed, in the dynamic of wholeness. Working with discarded remnants of life and death and reassembling them in a channelled and non-structured manner then showing them in a gallery, leaves the sculptures open to a very human, subjective interpretation.

The viewer’s eye will wander and their attention shift whilst personal memories and associations translate their vision. The act of viewing becomes as channelled as the act of creating, adding another layer to the artwork and another facet to its story. In these structured, artificial settings it is more about the human gaze with its perceived power to animate at will, than the sculptures and this gaze is invariably directed by the layout of the space and often a written gallery guide that give instructions in ‘how to see’.

The same pieces placed in a natural environment take on a different meaning; they become part of a whole. The viewer is overwhelmed with environmental stimulus and gradually becomes aware that everything is part of a greater network and that human attention does not hold the power to give life, only acknowledge it.

Moving filming of my art from a static controlled environment to a less stable, natural one introduced an element of chance that was both challenging and stimulating, and in some respects heightened awareness of the ‘feel’ of the sculptures.

As Marc and I were setting up to film in a local forest, a group of children playing war games ran past us, one dressed in a rather wild and surreal woodland camo costume (fitting in a way as camouflage, crazing techniques and the concept of making the visible, invisible and drawing attention to the hidden, is a mainstay of my work). One of these children later joined in the natural flow of the filmmaking along with assorted insects and crawling creatures and the unstable weather and light of the British mid-summer solstice day. These elements denied the perfection of the gallery and studio but introduced an awareness of life as a constant, rather than as a decision of human focus.

New film-exhibition by @CharlotteRodge9: DYNAMICS, INTERPLAY AND THE DANCE OF PERCEPTION launching at 1pm GMT. This is the final instalment of the Magic and Ecology project @CRASSHlive wishing you all a very happy summer! https://www.youtube.com/watch?v=DwQGDrYnOIE&t=5s

Read more about Charlotte Rodgers' exhibition-film: DYNAMICS, INTERPLAY AND THE DANCE OF PERCEPTION on the @EcologyMagic website: http://magicecology.crassh.cam.ac.uk/2021/07/28/new-film-featuring-charlotte-rodgers-artwork-dynamics-interplay-and-the-dance-of-perception/

Watch the recording from our final live Q&A with @MerlinSheldrake David Abram with @atarbuck in the chair! https://youtu.be/7k6tETsy7DY

Cannot wait for our final live Q&A tomorrow with @MerlinSheldrake David Abram & @atarbuck @CRASSHlive on Entangled Lives!! Looking forward to your audience questions. This is going to be a wild evening, people.

And it's here! Our final talk of the season, and what a wonderful way to conclude our series: David Abram & @MerlinSheldrake in conversation @CRASSHlive. Register online for your free seat at the live Q&A chaired by @atarbuck, on April 9, 6pm GMT/1pm EST. http://www.crassh.cam.ac.uk/events/29543

Any cookies that may not be particularly necessary for the website to function and is used specifically to collect user personal data via analytics, ads, other embedded contents are termed as non-necessary cookies. It is mandatory to procure user consent prior to running these cookies on your website.